As a yeoman farmer, Aaron was an average man who was drawn into an epochal conflict by forces well outside of his control or comprehension.
Benjaman H. 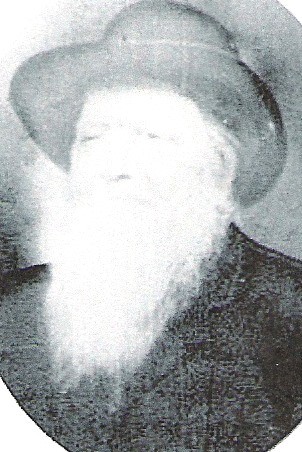 My fifth great-grandfather Aaron Hensley was a veteran of the American Civil War. Born in approximately 1806, he was a relatively old fellow who served in the 14th Virginia Cavalry from September 26, 1862 until his medical discharge on September 17, 1863. He resided in western (now West) Virginia, an area that was irrevocably riven by conflicting loyalties to the old Union and the novel Confederacy.

As a yeoman farmer, Aaron was an average man who was drawn into an epochal conflict by forces well outside of his control or comprehension. Despite his advanced age, he must have believed himself to be a younger man in his mind, however, his body firmly disputed his assessment. He was medically discharged from the cavalry and sent home with honor. In fiercely divided Calhoun County, West Virginia, however, Union soldiers felt differently about his restored status as a civilian. Aaron was captured and sent to the Athenaeum Prison in Wheeling, West Virginia. From there, he was transferred to Camp Chase, a dreadful Union Prisoner of War camp, on November 20, 1863.

In addition to himself, his son John Wesley Hensley (my fourth great-grandfather) was similarly captured by a Union patrol and imprisoned at Camp Chase. It must have been extraordinarily difficult for Aaron to see his own flesh and blood in likewise harrowing circumstances. I’ve been blessed to locate a cache of documents pertaining to his military service; one in particular was notable. A petition from his neighbors in Roane County, West Virginia was submitted to the Commandant of Camp Chase requesting his release.

Despite their plea, Aaron remained confined at Camp Chase until the cessation of hostilities, being released on April 26, 1865. Unlike 2,260 other prisoners, he survived the camp and lived until 1888. I admire my ancestor because he was a regular man who, despite his age, did his duty as he saw fit and was subjected to extremely challenging conditions.

As a Veteran myself, it is an honor to count myself as a descendant of such a man.