...he was deployed into the rugged Carpathians where he encountered frigid conditions. Dug in, surrounded by snow, he lost two toes to frostbite.
Bob F. 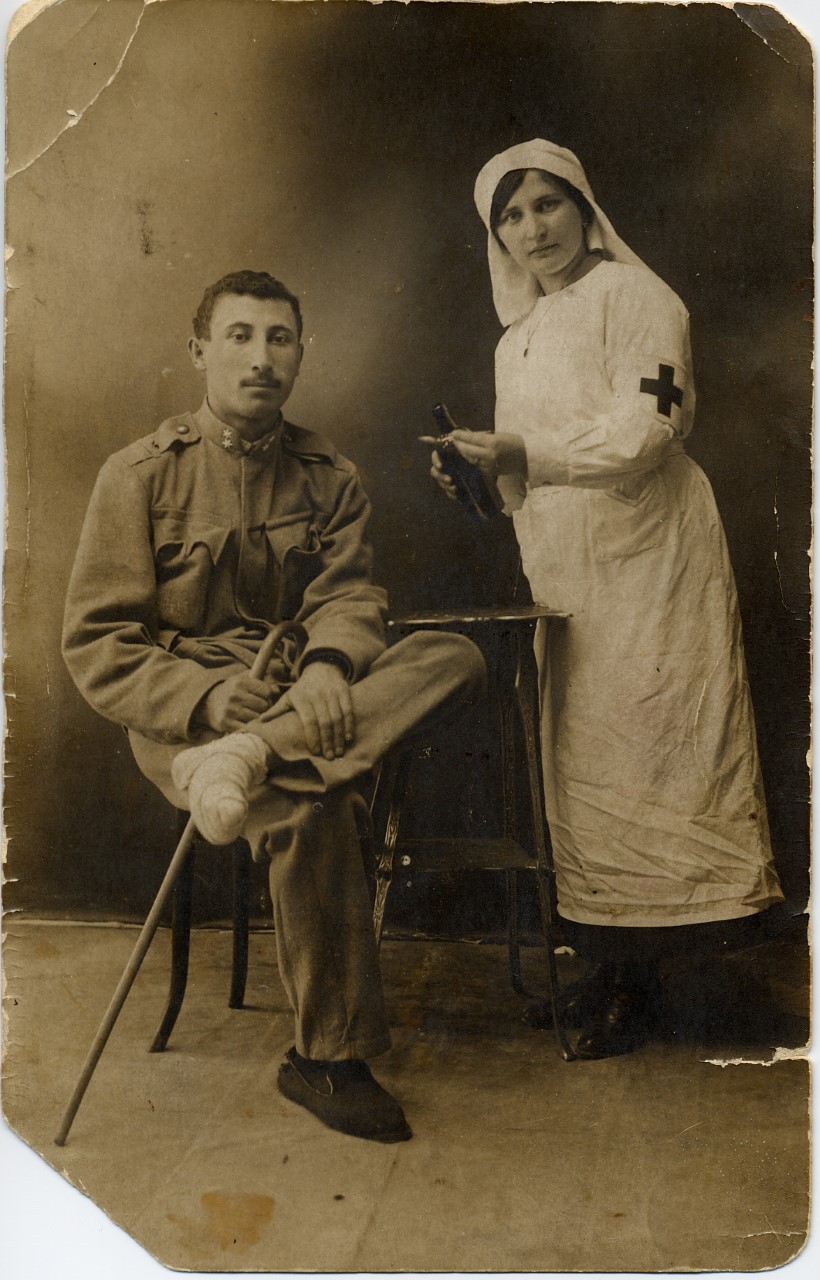 Joseph Friedman being treated for frostbite in May 1915

Grandpa Joe was born in 1892 in the Hungarian village of Körössebes, located in the foothills of the Carpathian Mountains. The oldest of six siblings, he effectively became head of the family at age 20 when his father and younger brother headed off to America in 1913.

A year later World War I broke out, and Joe was conscripted into the Austro-Hungarian Army. During the severe winter of 1914-1915, he was deployed into the rugged Carpathians where he encountered frigid conditions. Dug in, surrounded by snow, he lost two toes to frostbite.

After returning to the town of Belényes for treatment, he recovered and was sent back to the Russian front. In Ukraine, he was shot in the arm and leg, captured by the Russians, and spent the next 22 months in a military hospital in Vinnitsa. Finally he escaped and made his way back to Körössebes.

After the war, Hungary had a short-lived Communist government and was then invaded by Romania. In 1920, most of Hungary's territory was awarded to other countries. Körössebes and Belényes became Romanian and are today known as Sebiș and Beiuș.

After the treaty was signed, Joe began preparations to bring the family to America. Most important, he married my grandmother! By June 1921 he was ready to lead his mother,  three sisters, his wife and her twin sister, and her sister's husband to Rotterdam, New York, and ultimately Chicago to meet his father and younger brother. The separation had lasted eight years.

As a parting gift, his neighbors burned his house down so he would not be able to sell it before leaving.

My great-grandmother suffered from tuberculosis, and was detained at Ellis Island along with my grandmother. She and her twin sister were able to fool the Ellis Island authorities and took turns coming and going on hospital visits. Eventually the entire party was allowed to land and travel to Chicago. Upon arrival at my great-grandfather's address, they learned that he no longer lived there. Fortunately, a neighbor was able to re-direct them and the family was at long last successfully reunited.