He would construct a platform on which to stand so his wooden peg of a leg wouldn’t get caught between the logs.
Richard H. 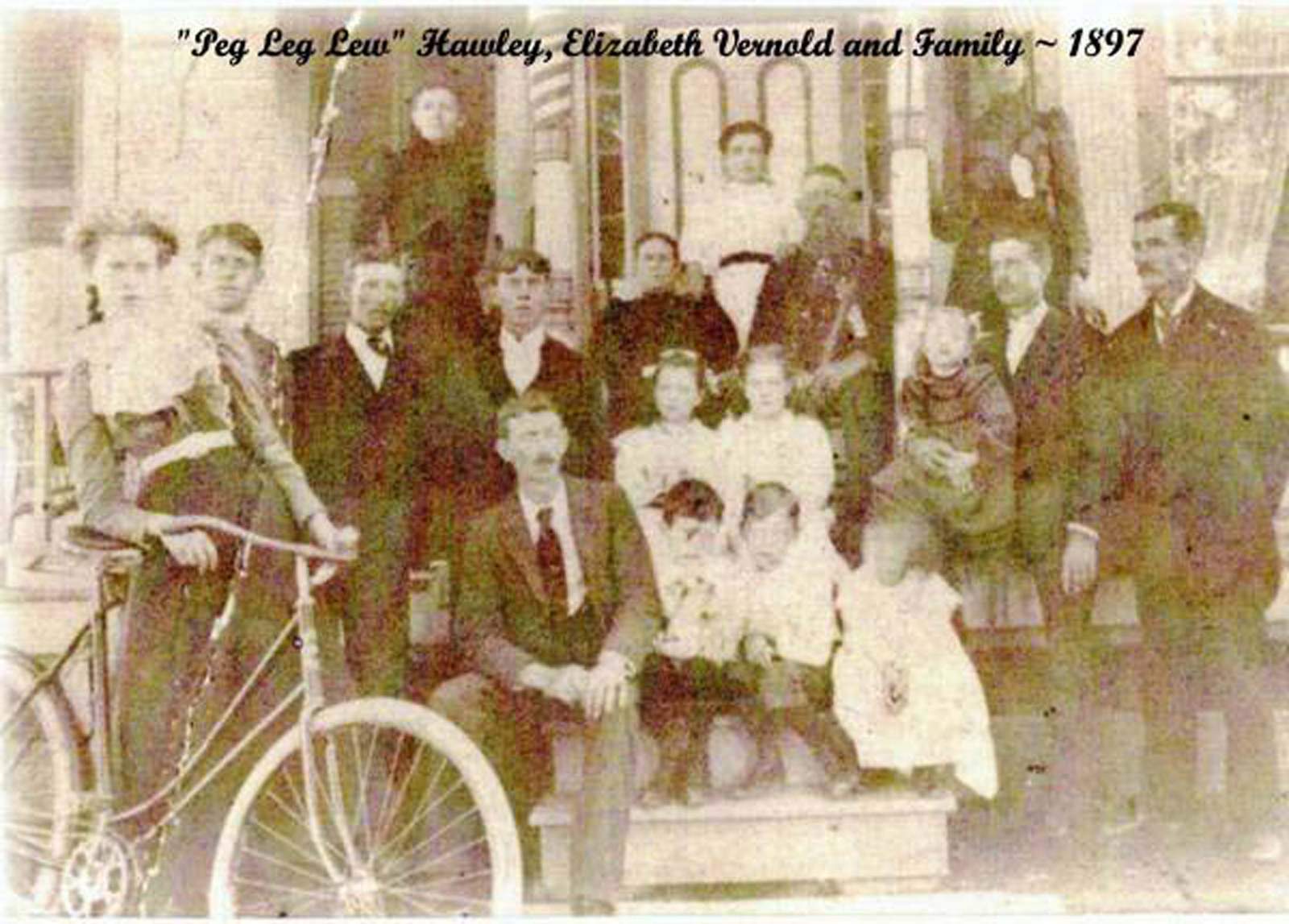 Lewis, known as "Peg Leg Lew" Hawley, in a family photo from 1890. Hawley lost his leg after being severely wounded on July 2, 1863 during the battle of Gettysburg.

One of my great grandfathers, Lewis Mortimer Hawley (1841-1901), enlisted with the 71st New York Volunteers in May 1861. He served throughout the Peninsula Campaign in 1862, from Yorktown to Malvern Hill. From there he was sent to Alexandria, Virginia and then Warrenton where he was wounded, captured, and then paroled at the 2nd battle of Manassas in August, 1862.

Lewis returned to duty and fought in the battles of Fredericksburg and Chancellorsville before marching with the Army of the Potomac to Gettysburg. Now a Sergeant, he was severely wounded on July 2, 1863 and lay on the battlefield near Emmittsburg Road for two days while the battle raged around him.

Lewis's left leg was amputated on July 5th after which he was sent to a military hospital in Philadelphia. He was discharged on April 19, 1865 and went on to become a pilot of the rafts of virgin timber that were floated down the Delaware River each spring from the upper reaches of the river to Philadelphia.

Lewis would construct a wooden platform on which to stand so his wooden peg of a leg wouldn’t get caught between the logs. These hardy lumbermen would take the train home as far as it went, then walk the rest of the way to Downsville, NY. Lewis, now known as Peg Leg Lew, made this trek on his wooden left leg.

Lewis married Elizabeth Vernold in 1866 and they raised 11 children. The youngest was just seven years old when Lewis died in 1901.

I’m sure his story was one of the things that inspired me to choose a career in the Air Force and my father’s search for the origins of our Hawley line in Delaware County. I took up that search following my retirement from the Air Force and eventually solved the riddle with the help of a DNA test and the resources made available by American Ancestors/NEHGS.